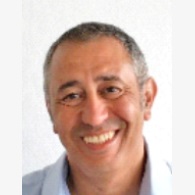 Zahir Amoura is Professor of Internal Medicine and Head of the Department of Internal Medicine at the French National Reference Centre for Systemic Lupus Erythematosus at Pitie-Salpetriére Hospital. Professor Amoura completed his Paris Hospital Medical Internship in 1988, and obtained a Master’s degree in Immunopharmacology in 1989. He was subsequently awarded his MD (silver medal) in 1993 and his qualifying certification in internal medicine in 1994.

In the last 15 years, he has published over 370 peer-reviewed papers, of which 170 focused on the immunopathological features of lupus.