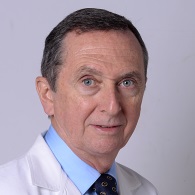 Regional Center for Autoimmune and Rheumatic Diseases and the Cardiovascular Institute of Rosario,
Argentina

Bernardo Pons-Estel is Head of the Regional Center for Autoimmune and Rheumatic Diseases (CREAR), and the Cardiovascular Institute of Rosario (ICR), Argentina. He received his medical degree from the National University of Rosario and went on to train in rheumatology, first in Argentina (Rosario) and thereafter the USA, where he was a fellow at New York University (Bellevue Hospital and the Irvington House Institute, New York) and at the University of Missouri Cancer Research Center, Columbia.

Professor Pons-Estel is the main coordinator for the Latin American Group for the Study of Systemic Lupus Erythematosus (GLADEL), the Genomic Study of Latin-American Patients with SLE (GLA-GENLES) and the Latin American Group for the Study of Rheumatic Diseases in Indigenous People (GLADERPO). He is past-President of the Argentinean Rheumatology Society (2011–2013). In 2013, he chaired the 10th International Congress on SLE, which took place under GLADEL sponsorship in Buenos Aires, Argentina and in 2018 he chaired the Pan-American League or Rheumatology Associations (PANLAR) Congress in Buenos Aires.

Professor Pons-Estel is a council member of the Science and Educational Committee of the Pan- American League of Association for Rheumatology (PANLAR). He is also an active member of the Systemic Lupus International Collaborating Clinics (SLICC), member of the Lupus Academy Steering Committee and an International Member of the ACR. Recently, a collaboration between GLADEL and PANLAR materialised, the aim being the development of guidelines for the management of SLE patients from the Latin American subcontinent; Bernardo is an integral part of this collaboration.