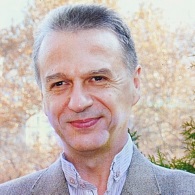 Ricard Cervera is co-Founder and Head of the Department of Autoimmune Diseases at Hospital Clinic, Barcelona. He is also leader of the Research Team on Systemic Autoimmune Diseases at the Institut d’Investigacions Biomediques August Pi i Sunyer (IDIBAPS) and Professor at the University of Barcelona where he coordinates the Masters Course on Autoimmune Diseases and serves as Vice-Dean of Academic Affairs and International Relations at its Faculty of Medicine and Health Sciences. He qualified in medicine in 1983 from the University of Barcelona and received his PhD in 1988 for his thesis on anticardiolipin antibodies. He spent 2 years at the Lupus Research Unit at The Rayne Institute, St Thomas’ Hospital, London, UK.

Professor Cervera is an Associate Editor of the journal Lupus Science & Medicine and is on the Editorial Boards of 20 medical journals. He is Founder and Member of the Board of the European Lupus Society and past-coordinator of the European Working Party on Systemic Lupus Erythematosus (Euro-Lupus Group) (1991–2008) and of the European Forum on Antiphospholipid Antibodies (2009–2017). He is Chairman of the Medical Advisory Board of the Catalan Association of Lupus Patients and Medical Advisor to Lupus Europe. He chaired the 6th, 8th and 11th International Congresses on Autoimmunity, the 1st, 2nd and 5th Latin-American Congresses on Autoimmunity, the 5th Meeting of the European Forum on Antiphospholipid Antibodies and the 8th European Lupus Congress.

Professor Cervera’s research interests include clinical and epidemiological aspects of systemic autoimmune diseases, particularly SLE and antiphospholipid syndrome, with special focus on its ‘catastrophic’ variant. He has presented over 300 invited lectures and published more than 800 scientific papers (H-Index, 79), including original articles in the New England Journal of Medicine, The Lancet, Annals of Rheumatic Diseases, Arthritis & Rheumatism, American Journal of Medicine and Medicine (Baltimore). He is co-Editor of 25 books, including ‘The Antiphospholipid Syndrome’, ‘Vascular Manifestations of Systemic Autoimmune Diseases’ and ‘Diagnostic Criteria in Autoimmune Diseases’.