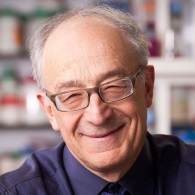 David Isenberg is the Versus Arthritis Professor of Rheumatology at University College London (UCL). He graduated from St. Bartholomew’s Hospital, London, in 1973, and trained in general medicine, rheumatology, neurology, psychiatry and gastroenterology, becoming a Research Fellow at UCL/The Middlesex Hospital in 1979. He was awarded his MD in 1984, based on his studies of myositis. During a year of research at Tufts University, Boston, he became interested in autoantibody structure/function and origin. He was appointed Consultant Rheumatologist in 1984, Professor in 1991 and became the arc Diamond Jubilee Chair of Rheumatology at UCL in 1996. He has fellowships of both the Royal College of Physicians and the Academy of Medical Sciences.

Professor Isenberg is on the Editorial Boards of five journals, including the Journal of Rheumatology. He past-Chair of the British Isles Lupus Assessment Group and current Chair of the Lupus UK’s Research Committee and was Chair of the Systemic Lupus International Collaborating Clinics group (1998–2003). During the past 20 years, Professor Isenberg has undertaken many roles at the Versus Arthritis charity and was on the Executive Board 2013–2021.

Professor Isenberg is past-President of the British Society for Rheumatology (2004–2006) and he chaired the Society’s Biologics Register Committee for 5 years (2006–2011). Professor Isenberg was the 2010 recipient of the Evelyn V. Hess Prize from the Lupus Foundation of America for his contribution to lupus research and treatment. He has authored over 550 original articles, 275 reviews/chapters and 20 books, many on topics related to lupus.

Professor Isenberg’s principal clinical interests are the development of disease activity and damage assessment tools in patients with lupus. His specialist interest is in the autoantibodies associated with systemic lupus erythematosus, Sjogren’s syndrome, myositis and antiphospholipid antibody syndrome. In 2016 he became a Master of the American College of Rheumatology and in 2017 received the Rheumeritus award from the Portugese Society for Rheumatology. His alter ego writes and plays for Lupus Dave and The Davettes, probably rheumatology's top rock group.