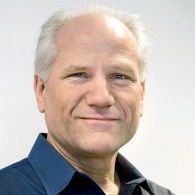 From 1993 to 1998 Professor van Vollenhoven held a faculty appointment as Assistant Professor of Medicine in the Division of Immunology and Rheumatology at Stanford University, and from 1995 he was the Medical Services Chief and Fellowship Director in that division. In 1998 he moved to Stockholm, Sweden, where he worked as a Senior Physician and Chief of the Clinical Trials Unit in the Department of Rheumatology at the Karolinska University Hospital and Associate Professor of Rheumatology; in 2010, he was appointed as Professor and Chief of the Unit for Clinical Therapy Research, Inflammatory Diseases (ClinTRID) at the Karolinska Institute.

Professor van Vollenhoven’s research interests focus around the development and systematic evaluation of biological and immunomodulatory treatments for the rheumatic diseases. With his co-workers, he established the Stockholm registry for biological therapies (the STURE database), which supported research projects relating to clinical efficacy, pharmacology, outcomes and pharmacoeconomics. He has been Principal Investigator in many clinical trials of novel therapies in rheumatic diseases and has contributed to a number of important investigator-initiated trials including the SWEFOT, ADMIRE, and DOSERA trials. He has published over 400 original papers (H-index: 75), book chapters and reviews, and is associate-editor of Dubois’ Lupus Erythematosus (Elsevier, 2014), editor of the textbook Clinical Therapy Research in the Inflammatory Diseases (World Scientific Press, 2015), author of the monograph Biological Therapy of Rheumatoid Arthritis (Springer, 2015) and co-author, with Professor Laurent Arnaud, of the Handbook of Systemic Lupus Erythematosus (Springer, 2017). In 2004, Professor van Vollenhoven was awarded the Scandinavian Research Foundation Prize for excellence in clinical research in rheumatology, and he is an honorary member of several rheumatological societies, and in 2019 he was awarded the Dutch Rheumatology Society’s highest award, the Jan van Breemen medal. He is the Editor-in-Chief of Lupus Science & Medicine, Member-elect of the EULAR Executive, past-Chair of the Swedish Rheumatology Society Professors’ Council, co-founder of the IRBIS registry for biologics in SLE, the CERERRA registries collaboration and the NORD-STAR collaboration for Nordic trials in the rheumatic diseases, and the initiator of the Treat-to-Target-in-SLE and DORIS initiatives.

Professor van Vollenhoven is married and has two children aged 25 and 21. Outside his professional life he is an avid classical pianist.